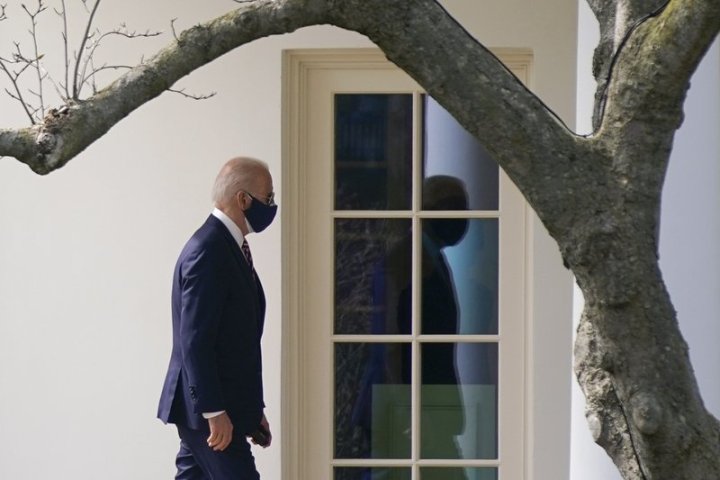 By Alexandra Jaffe The Associated Press

U.S. President Joe Biden will join the first-ever meeting of the leaders of Japan, India and Australia on Friday as he seeks greater co-operation with U.S. allies to counter China’s strength in the region.

Known as the “Quadrilateral Security Dialogue,” representatives for the four member nations have met periodically since its establishment in 2007. That followed the nations providing relief to Indonesia following the 2004 tsunami there.

But this virtual gathering will mark the first time all four leaders will come together.

Biden himself has said that he sees co-operation with U.S. allies in the region as a central focus of his strategy to deal with China’s growing economic and military strength. While Biden has said he wants a more civil relationship with Beijing, he’s shown no sign of softening Trump’s confrontational measures on trade, technology and human rights.

‘QAnon shaman’ to remain in jail after ‘insulting’ court defence

“That President Biden has made this one of his earliest multilateral engagements speaks to the importance we’ve placed on close co-operation with our allies and partners in the Indo-Pacific,” said White House press secretary Jen Psaki.

She added that the leaders are expected to discuss everything from the threat of COVID-19 to economic co-operation between the nations and climate policy.