Amazon ‘river monster’ turns up dead in Florida
admin
March 24, 2021
1:49 am
The rotting body of a dead Amazon "river monster" recently washed ashore in Florida, raising concerns about whether this gigantic predatory fish has joined the Sunshine State's ever-growing list of invasive species, according to news sources.But although it might thrive in Florida's warm waters, this fish, known as the arapaima (Arapaima gigas) — a sizable […] 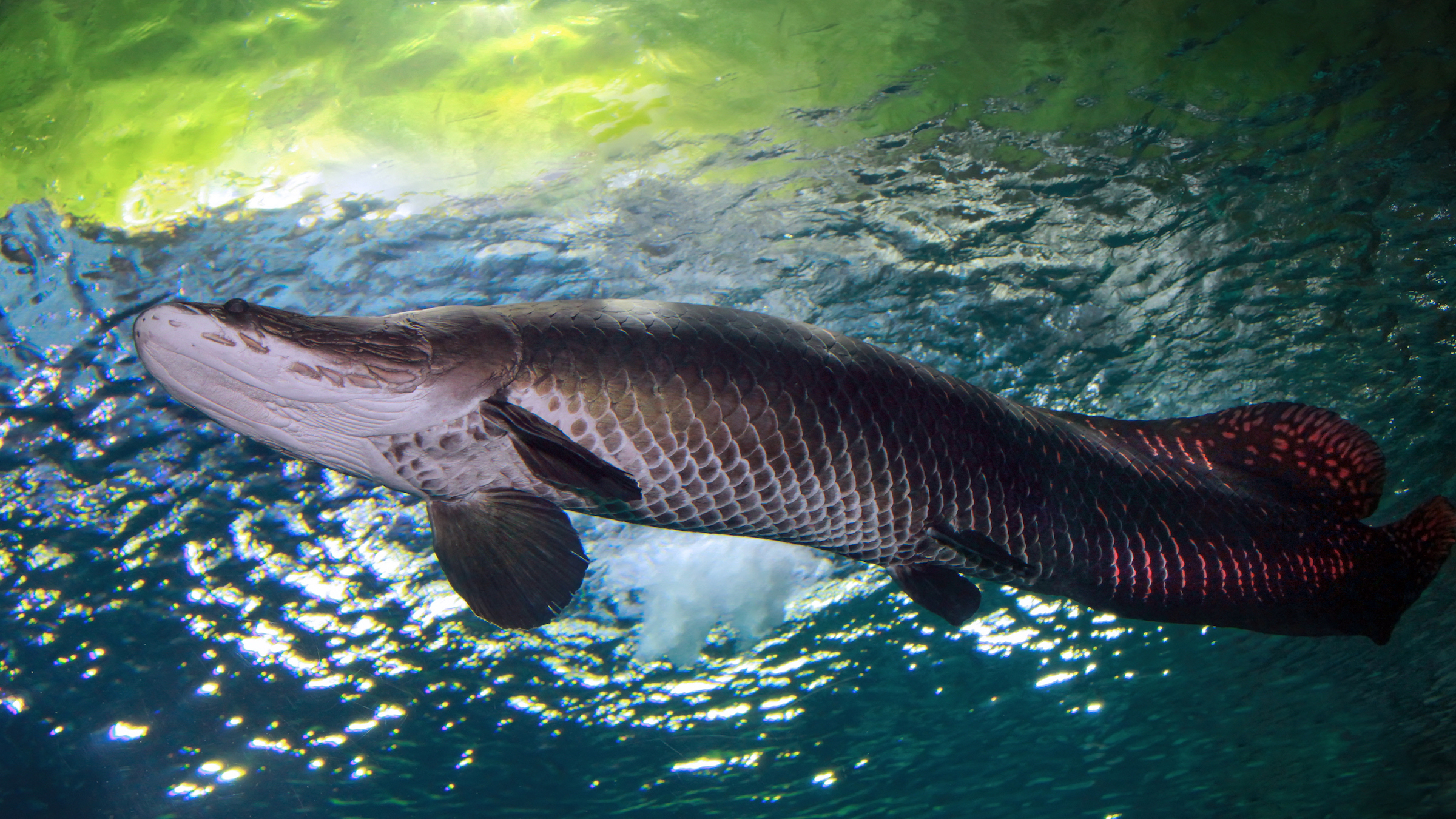 The rotting body of a dead Amazon "river monster" recently washed ashore in Florida, raising concerns about whether this gigantic predatory fish has joined the Sunshine State's ever-growing list of invasive species, according to news sources.

But although it might thrive in Florida's warm waters, this fish, known as the arapaima (Arapaima gigas) — a sizable creature that can grow to be 10 feet (3 meters) long and up to 440 lbs. (200 kilograms), according to a 2019 study in the journal PLOS One — the odds are stacked against it, at least for now, said Solomon David, an aquatic ecologist at Nicholls State University in Louisiana who wasn't involved with the recent arapaima sighting.

That's because these fish have some very particular quirks: They breed only in specific areas, spend valuable time and energy caring for their young, and don't reach sexual maturity until they're about 5 feet (1.5 m) long and at least 3 to 5 years old, David told Live Science. Moreover, it would take many individuals to have a sustainable population in Florida, and so far, just one dead arapaima has been found.

In this case, the arapaima was likely an exotic pet in a person's private aquarium that either got too big for its tank and was illegally released into the wild or died in captivity and was dumped into the river, David said. "We don't even know if this thing was alive when it was dumped, if it was dumped in there," David told Live Science.

The remains of the arapaima were found in Cape Coral's Jaycee Park on the banks of the Caloosahatchee River, which empties into the Gulf of Mexico in western Florida, the South Florida Sun Sentinel reported in early March. The normally greenish fish, which sports a reddish tail, had already turned white from decay, photos show. But though it wasn't the full 10 feet long, it was definitely an arapaima, the Florida Fish and Wildlife Conservation Commission told the Sun Sentinel.

This fish, also known as the pirarucu or paiche, used to be plentiful in parts of the Amazon River, but the species is now threatened in many places along its native habitat, David said. The arapaima is part of the bony tongue group, a slew of heavy-bodied tropical river fish whose tongues are studded with teeth and whose bodies are covered with large, mosaic-like scales that are hard, like armor, according to Encyclopedia Britannica. These scales are so tough, even piranhas can't bite through them — but that's just luck, as the arapaima evolved long before piranhas even existed, David said.

The arapaima is prized for its meat, and not just in rural regions along the river, where the fish's relatively boneless meat, once salted, can be stored without refrigeration, according to Miami Patch. In fact, Whole Foods Market sold commercially farmed arapaima, the grocery store chain said in a 2016 blog post. But wild arapaimas are threatened largely by overfishing, and it doesn't help that the species, one of the largest freshwater fish in the world, is relatively easy to spot. It's an obligate air breather, meaning it has to come to the water's surface every 5 to 15 minutes to gulp in air, according to a 2009 study in the Journal of Applied Ichthyology.

Arapaimas evolved this breathing tactic because the Amazon has low oxygen levels. (Warm water holds less oxygen than cold water does.) Arapaimas don't have lungs but rather special tissue in their swim bladders that processes oxygen, Lesley de Souza, a conservationist who specializes in neotropical fishes at the Field Museum in Chicago, told mongabay.com.

Unlike many fish that never meet their young, arapaimas are doting parents. During the Amazon's rainy season, usually from December to May, the river floods into neighboring floodplains. It's there, on the flooded plains, that arapaimas dig shallow nests where the females can lay eggs for the males to fertilize. Both parents guard the nest from predators, and they continue to care for the young once the eggs hatch just nine days later, according to a 2017 study in the journal PLOS One.

Both parents release a milk substance from their heads, known as "arapaima milk," that is fed to the offspring, according to the study. In addition, the dads are devoted caregivers.

"The male provides an intensive parental care which can last up to three months, guiding the offspring above its darkened head into zooplankton-rich areas for feeding," according to the 2017 study. The female tends to swim around the male and young at a distance — it's not clear why, but perhaps to look out for predators or food — and usually leaves her "family" after about a month, after which she might reproduce with other males, according to the study.

Parental care is a key reason arapaimas are likely not taking over Florida waters, as young arapaimas are "not very tough fish when they're small," David said. But if these fish make it to adulthood, they can live at least 15 to 20 years, according to the 2019 PLOS One study.

Granted, even though the odds are stacked against this fish in Florida, the arapaima could overcome these hurdles — perhaps they could find nesting areas on Florida's coast, raise their young, wait until they were big and old enough to reproduce and then repeat the cycle, establishing a viable population. If that were to happen, these voracious eaters would likely make a dent in populations of both invasive and native species of fish and small invertebrates that live in the vicinity, David said. However, these fish are so big, and take so long to mature, that it would likely be possible for the Florida Fish and Wildlife Conservation Commission to track down and remove them, he noted.

"We should be on the lookout — there's nothing wrong with being vigilant," David said. "But again, going from the fish to fearmongering is not the greatest way to learn about these fish," he added, noting all the negative media coverage these fish are getting.

Some outlets, including CBS and even the fishing magazine "Field & Stream," called the Amazonian fish "ugly."

"As somebody who is sort of a champion for the 'ugly' fish, I think we need to get away from that," David said. "I think they're really cool and amazing-looking fish. Just look at those red scales."

|0|https://www.livescience.com/amazon-fish-found-in-florida.html|1|https://cdn.mos.cms.futurecdn.net/vx4tnoP7KjrxJL9KCrfvre-1200-80.jpg|2|www.livescience.com|E|
Category : LiveScience
Previous6 New Theme Parks and Museums for Kids Adults Will Enjoy Too
NextEpic Is Teasing The April Fortnite Crew Pack, But Fans Have Already Leaked It