Chris Froome continues long-term Tour de France buildup at Volta a Catalunya
admin
March 24, 2021
3:24 am
A good 90 minutes before the last rider in the peloton crossed the finish line on Tuesday’s time trial in the Volta a Catalunya, Chris Froome’s work for the day was already done.Thanks to his eight-minute time loss on Monday, the Israel Start-Up Nation co-leader was the 69th rider of the 165-strong Volta riders to […] 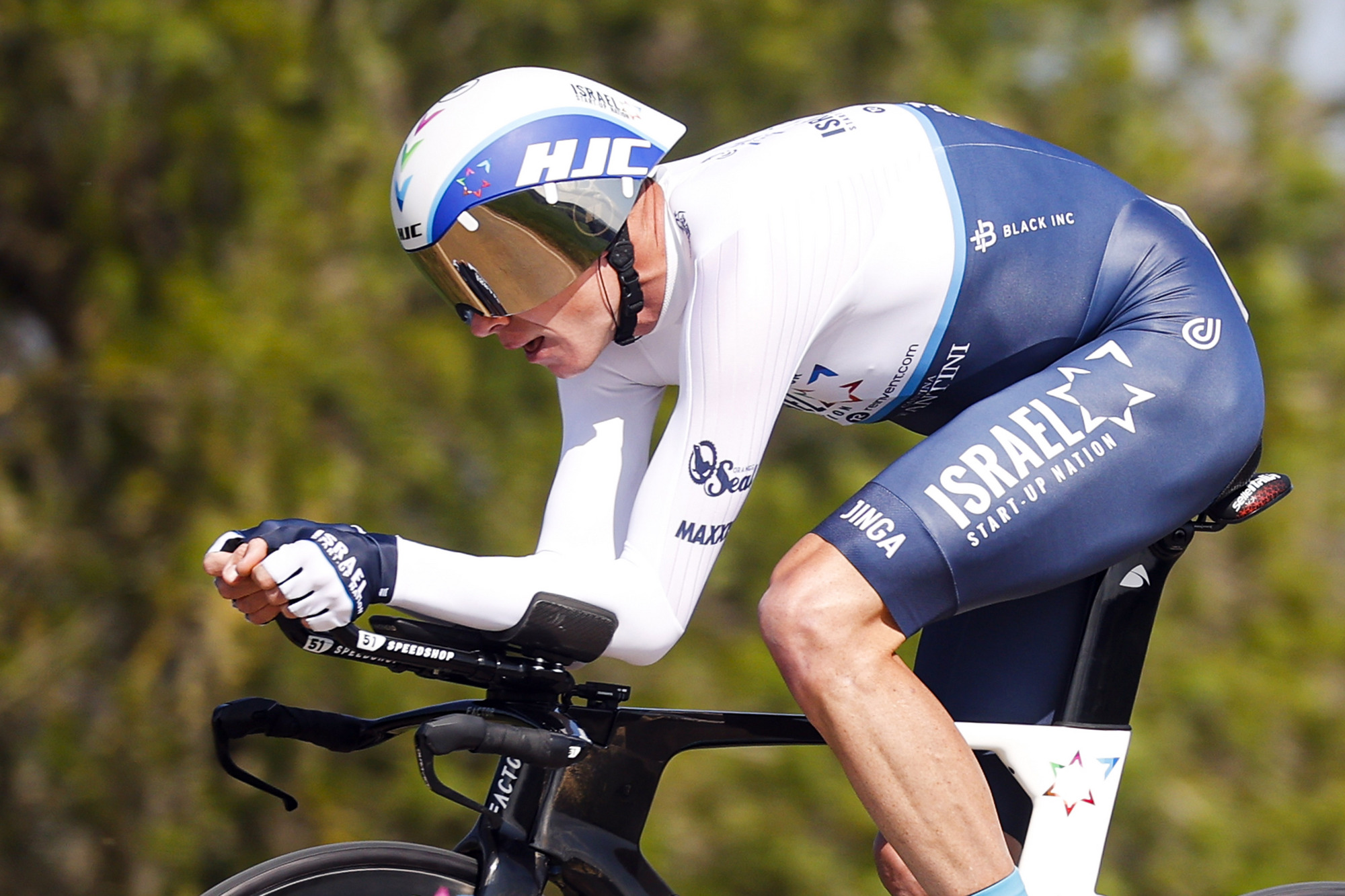 A good 90 minutes before the last rider in the peloton crossed the finish line on Tuesday’s time trial in the Volta a Catalunya, Chris Froome’s work for the day was already done.

Thanks to his eight-minute time loss on Monday, the Israel Start-Up Nation co-leader was the 69th rider of the 165-strong Volta riders to start the 18.5km individual time trial course in Banyoles and, as such, by mid-afternoon he had completed the course.

Froome was finally classified 90th, more than two minutes down on stage winner and former teammate Rohan Dennis (Ineos Grenadiers). After the stage, a relaxed and talkative Froome - interviewed by just two journalists rather than the usual throng that follows his every move in races like the Tour de France - pointed out that he is looking at the bigger picture rather than Catalunya, with the summer still the main goal of the season.

“I just wanted to open up the legs a little bit today, and pretty much use the racing in terms of preparation and moving things on,” Froome said.

“Every time I go and do a block at altitude, every time I do a race, I’ve just got to keep following the process, and hopefully get to the final destination. It’s a long, old process but I’m just keeping morale up and cracking on with it.”

This year is a voyage in the dark for the four-time Tour winner, after his major accident in training in June 2019 and lengthy recovery process last season.

Asked about when he thinks he will hit that peak top form, Froome answered frankly, “It’s impossible to say.

“I’m just following the process right now, I can’t put a time on it. My body’s had the time off from the crash and then I had the lock-down as well which lengthened the time away from top-level racing.

“It’s a long, old journey getting back. But the team are being fantastic in supporting me and in the meantime I’m getting to know my teammates and fitting in the groove. It’s a great bunch of guys,” Froome said.

"Naturally, I’d love to be ready for the Tour de France, but I’ve just got to follow the process and keep doing what we can.”

The Volta a Catalunya, as a race he first did way back in 2010 and which very often uses the same climbs in the Pyrenees, serves as a useful reference point in that process, he agreed.

“One hundred per cent. There’s a couple of new climbs this time round but always useful to keep using these races to find new measuring points. But you keep cracking on.”

He will return to altitude once more in the Canary Islands after Catalunya, Froome confirmed, joking that he’d been there so much, “it’s definitely becoming a second home these days.”

He commented on what exactly needs to be confirmed that his progress is moving forwards. “There are a lot of metrics we’re looking at. Power numbers - we’re looking to try to get to previous targets, setting myself goals within the different spaces five minutes, 10 minutes, 20 minutes and getting closer and closer to those goals. So that’s the process on the bike.

“Away from the bike, I’m still doing a lot of work there, still making tweaks, adjustments, working on things that are not as strong as they were before. It’s all part of the process now. Taking it one week at a time.”