Lawmakers Want to Give Coast Guard Full Voting Rights on the Joint Chiefs of Staff
admin
March 30, 2021
4:07 am
Members of Congress introduced legislation last week that would elevate the Coast Guard's role on the Joint Chiefs of Staff -- a move they say would bring it "in line" with the Defense Department services. Reps. Charlie Crist, D-Fla., and Steven Palazzo, R-Miss., have sponsored a bill that would give the Coast Guard commandant full […] 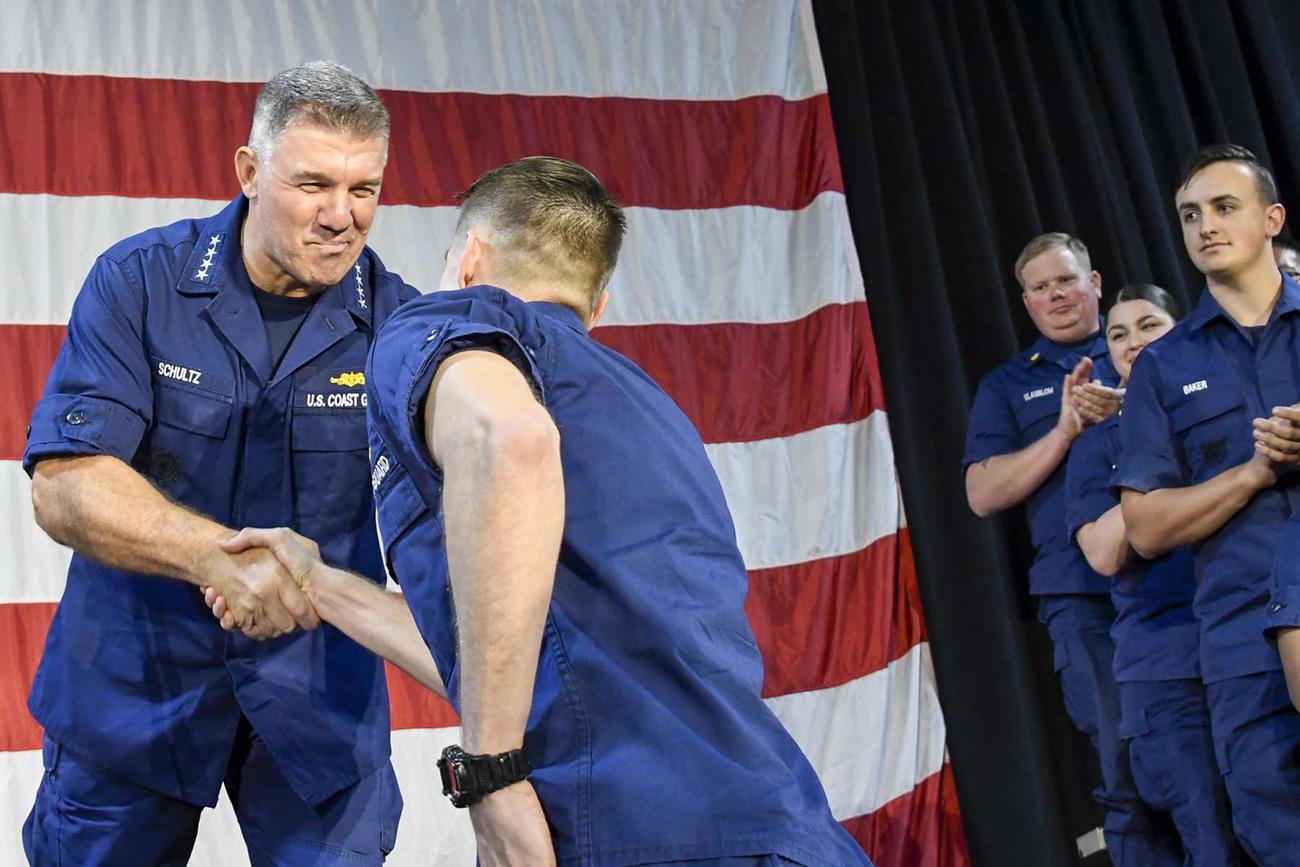 Members of Congress introduced legislation last week that would elevate the Coast Guard's role on the Joint Chiefs of Staff -- a move they say would bring it "in line" with the Defense Department services.

Reps. Charlie Crist, D-Fla., and Steven Palazzo, R-Miss., have sponsored a bill that would give the Coast Guard commandant full voting rights on the Joint Chiefs. The panel includes six military service chiefs -- the heads of the Army, Navy, Air Force, Marine Corps, Space Force and National Guard -- along with a chairman and vice chairman.

"The Coast Guard plays a key role in keeping our nation safe, making the service more than worthy of a seat at the Joint Chiefs of Staff table," Crist said in a release Tuesday.

"The Coast Guard plays a very important role in our national defense strategy, and it is past time they have an equal role when it comes to advising the president, the secretary of defense and the National Security Council," Palazzo added.

The Coast Guard, the only branch of the U.S. armed forces not housed within the Defense Department, is responsible for a number of national security missions and has seen activity pick up in the past several years.

Since 2019, it has participated in freedom of navigation operations with the U.S. Navy in the Taiwan Strait; stepped up its counter-narcotics role in the Caribbean and Eastern Pacific as part of an overall push by U.S. Southern Command to crack down on drug trafficking; and sent its only heavy-duty icebreaker to the Arctic to assert America's maritime sovereignty in the region.

The service has forged relationships with the coastal forces of numerous nations in the Western Hemisphere; is expanding its footprint in the Indo-Pacific region; stepping up diplomatic relations with strategic partners; and strengthening its oversight of illegal fishing -- a "threat to global food sustainment, marine ecology and national security," according to Coast Guard Commandant Adm. Karl Schultz.

"The counter-drug mission is just one example of our global maritime operations. Throughout our 230-plus-year history on the global maritime stage, we have earned the reputation of being a 'preferred partner' for like-minded countries who support the international rules-based order," Schultz said in a speech to Coast Guard members March 11. "Our broad authorities, multi-mission capabilities, and suite of international agreements with partner nations and allies make the U.S. Coast Guard a 'preferred partner' to strengthen the United States government's multi and bilateral relationships in key regions."

Questions sometimes arise as to whether the service is housed in the appropriate Cabinet department. Since its consolidation in 1915, it has moved among the Departments of the Treasury, Navy, Transportation and Homeland Security.

In 2017, then-Rep. Duncan Hunter Jr., R-Calif., wrote President Donald Trump saying the service deserved to be "housed in a department that recognizes the importance of its mission."

Coast Guard officials said at the time that they believed the service fits appropriately in the Department of Homeland Security. "Coast Guard Commandant Adm. Paul F. Zukunft has said 'the best place for us is the Department of Homeland Security, and I agree with him,'" then Vice Commandant Adm. Charles Michel said during a conference of defense journalists on March 31, 2017.

Neither Crist nor Palazzo has advocated for moving the Coast Guard. They said, however, that the extension of a vote on the Joint Chiefs would "reinforce the value" of the service to national defense.

"While the U.S. Coast Guard falls under the Department of Homeland Security, its work with the Pentagon is constantly growing," Palazzo said.

"[It would] bring the Coast Guard in line with other military services, and elevate the Coast Guard's role in Florida and across the globe," Crist said.

The Coast Guard declined to comment on the proposal, saying it does not weigh in on proposed legislation.

© Copyright 2021 Military.com. All rights reserved. This material may not be published, broadcast, rewritten or redistributed.