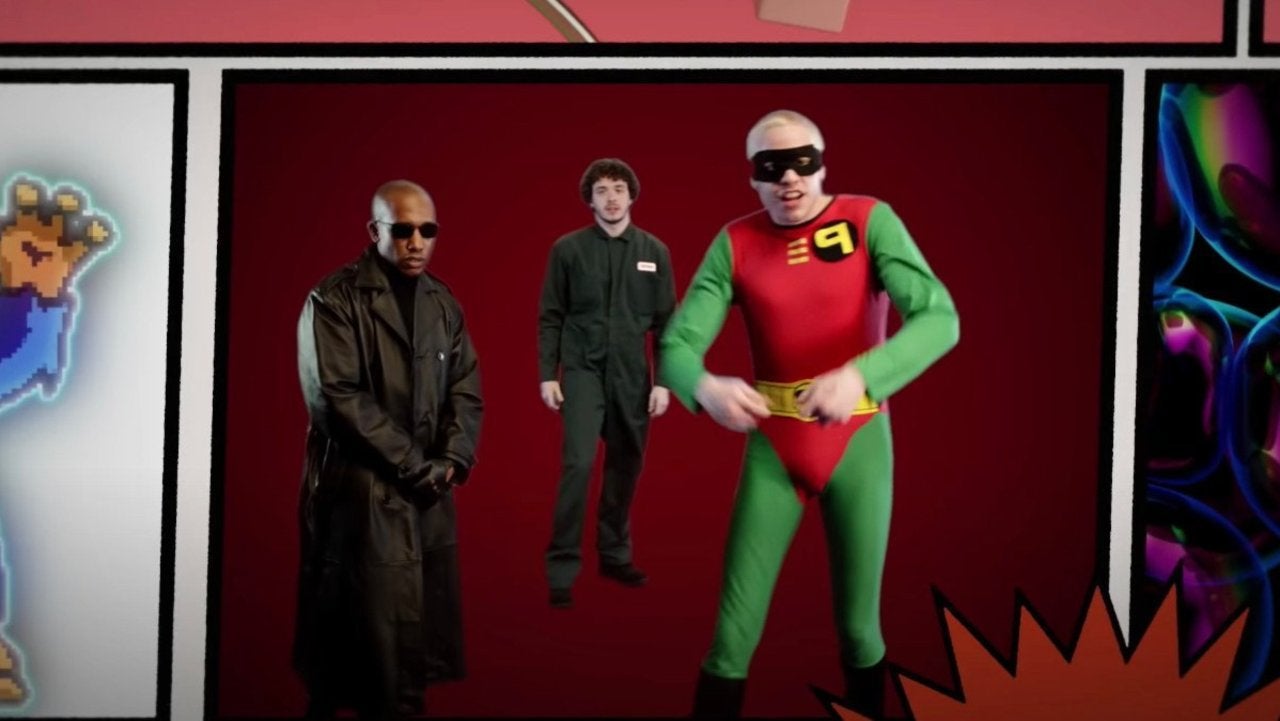 The latest online trend is cryptoart and non-fungible tokens, or (NFTs), and Saturday Night Live couldn't resist touching on the controversial subject in last night's return episode after a month-long hiatus. The musical sketch casts Kyle Mooney as a professor introducing guest lecturer Janet Yellen, the Secretary of the Treasury, who here is played by Kate McKinnon. Mooney's character opens the floor for questions, and Pete Davidson, dressed as Robin, starts to rap along to the Eminem song "Without Me" but with lyrics questioning NFTs after overhearing two "Silicon boys" discussing the trend outside.

Yellen and the professor barely understand what Davidson is asking. Luckily, Chris Redd -- dressed like Morpheus from The Matrix -- is there, but he mainly lists several meme NFTs instead of competently explaining the trend. That's when musical guest Jack Harlow steps in to rap about the nature of cryptoart and its relationship to the blockchain. You can watch the sketch below.

NFTs are, essentially, digitals certificates of authenticity that prove the copy of an image they're attached to is the creator-sold authentic "original." Many artists see this new trend as a means of making considerably more money from their digital artwork.

However, the Saturday Night Live sketch, and many other conversations about NFTs, overlook the threat that NFTs pose to the environment. Blockchain currencies, including Bitcoin and Etherium, the two most popular, draw considerable power to their servers to run their programs that verify the "proof-of-work" that make these NFTs unique. That energy draw will increase as more money floods the NFT market, putting a new and increasing strain on an already dangerously taxed planet. Corporate brands getting in on the action will likely exacerbate the issue.

What did you think of Saturday Night Live's NFT sketch? Let us know in the comments. Saturday Night Live airs Saturdays at 11:30 p.m. on NBC. Upcoming guest hosts and musical guests on the show include Daniel Kaluuya with St. Vincent on April 3rd and Carey Mulligan with Kid Cudi on April 10th.