The first female U.S. mayor was nominated by men as a joke. She won with 2/3 of the vote.
admin
March 30, 2021
3:14 am
When it came to women's suffrage, Kansas was a little ahead of the game in the late 19th century. Even if they didn't mean to be. Eight years before the U.S. granted women the right to vote in national elections, the Sunflower State became the first state in the Midwest to allow women to vote […] 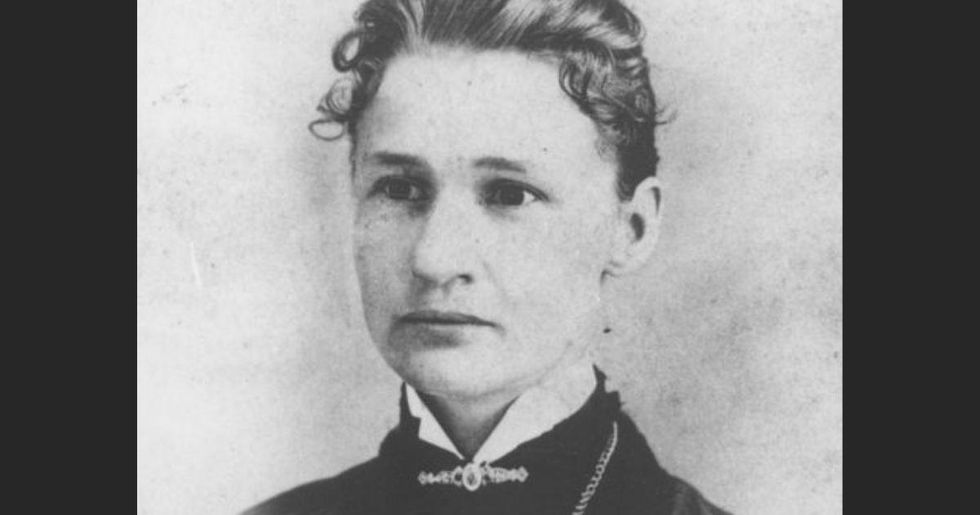 When it came to women's suffrage, Kansas was a little ahead of the game in the late 19th century. Even if they didn't mean to be.

On April 4, 1877, just weeks after women were given the right to vote municipally, the small town of Argonia, Kansas held its mayoral election. On the ticket was a 27-year-old mother of four and officer of the Women's Christian Temperance Union (WCTU) named Susanna Salter.

Salter hadn't planned on running. In fact, she didn't even know she was in the running until her name showed up on the ballot.

According to the Kansas Historical Society, the WCTU wanted Argonia to enforce the state's prohibition law and made that their focus in the city's elections. They called a caucus, and with Salter presiding over the meeting in the absence of the union's president, chose a slate of men they thought would be worthy candidates.

However, some men in Argonia had an issue with both the WCTU and women getting involved in politics. They didn't want to see "petticoat rule" with women being able to vote, so they set about scheming. Two of the men attended the WCTU caucus and heckled it. They attempted to nominate a candidate and were voted down.

Afterward, 20 of these men held a secret caucus with the intention to embarrass the WCTU and teach the women of the town a lesson. They put together a slate of candidates that were identical with the one the WCTU put together, only they replaced the mayoral candidate's name with Salter's. It was a prank. They figured their slate would only get their 20 votes, assuming the WCTU would vote for the original slate of WCTU candidates and that no men would vote for a woman.

Candidates didn't have to file before election day, so voters arrived to find Salter's name on the ballot—a fact she herself didn't know until representatives from the Republican party showed up at her house to ask her about it. She was in the middle of the family washing when they explained the prank to her and asked if she would agree to serve if she got elected. She said she would, and they responded, "All right, we will elect you and just show those fellows who framed up this deal a thing or two."

The Republicans campaigned all day to get out the vote, explaining to people what the faction of men were up to. And members of the WCTU showed up in droves to vote for the new slate with Salter's name, instead of the mayoral candidate they had chosen as a caucus.

As a result, Salter ended up getting two-thirds of the vote in the town, totally upending the pranksters' plan. At first, her husband was appalled to have her name on the ticket, but after she won, he quickly came around. He even joked about being "husband of the mayor," which of course had never been a thing before.

Salter wasn't exactly politically green, either. Her father had been the town's first mayor, and her father-in-law, Melville J. Salter, was a former Kansas lieutenant governor.

And the men found out during the first council meeting that their fears of "petticoat rule" were unfounded. When Salter called the meeting to order, she said, "Gentlemen, what is your pleasure? You are the duly elected officials of this town, I am merely your presiding officer." She had no intention of strongarming the men on the council.

Though the council actually didn't do much that was of consequence, Saltern made national news with her historic win. When a reporter from the New York Sun attended one of the first council meetings, Salter put on a good show for him, knowing she was under the spotlight and setting a precedent for women in politics. She succeeded. According to the Kansas Historical Society, "When he wrote his story, he described the mayor's dress and hat, and pointed out that she presided with great decorum. He noted that several times she checked discussion which she deemed irrelevant, showing that she was a good parliamentarian. The councilmen, though respectful, bore the air of protesting pupils of a not over-popular school mistress."

Salter received international attention, even from nobility, with letters of congratulations coming from France, Italy, Germany, Austria, and other European countries. And editorial reviews of Salter's job performance ranged from overtly positive, with the Sun referring to her as "an intelligent, capable and conscientious officer, fully equal to all the requirements of her position," to overtly sexist, with one paper saying, "She is tired of the burdens of office. [She plans to] return to private life and leave the government of Argonia to the care of the sterner sex. Mayor Salter's experience proves that woman suffrage is its own cure."

An anonymous person sent her a notecard with a pair of men's pants drawn on them with the following poem:

When a woman leaves her natural sphere,And without her sex's modesty or fearAssays the part of man,She, in her weak attempts to rule,But makes herself a mark for ridicule,A laughing-stock and sham.Article of greatest use is to her thenSomething worn distinctively by men --A pair of pants will do.Thus she will plainly demonstrateThat Nature made a great mistakeIn sexing such a shrew.

Salter dutifully completed her term, but made it clear she had no interest in running officially, wanting instead to dedicate herself to caring for her young children. (She had actually borne her youngest child during her mayoral term.) But her election seemingly set off a chain reaction, as many Kansas cities also elected female mayors the following year.

That certainly wasn't the punchline those 20 men were hoping for when they jokingly put her name on the ballot. But well done, gentlemen, for ultimately giving women the last laugh.