6-month-old baby girl rescued after being thrown from raft into Rio Grande by smugglers
admin
March 31, 2021
9:50 am
A six-month-old baby girl was saved by Texas Rangers and U.S. Border Patrol agents earlier this month, who recovered her after she was thrown from a raft by smugglers while being taken across the Rio Grande River into the U.S.What are the details?The Texas Department of Public Safety reported in a social media post Tuesday […] 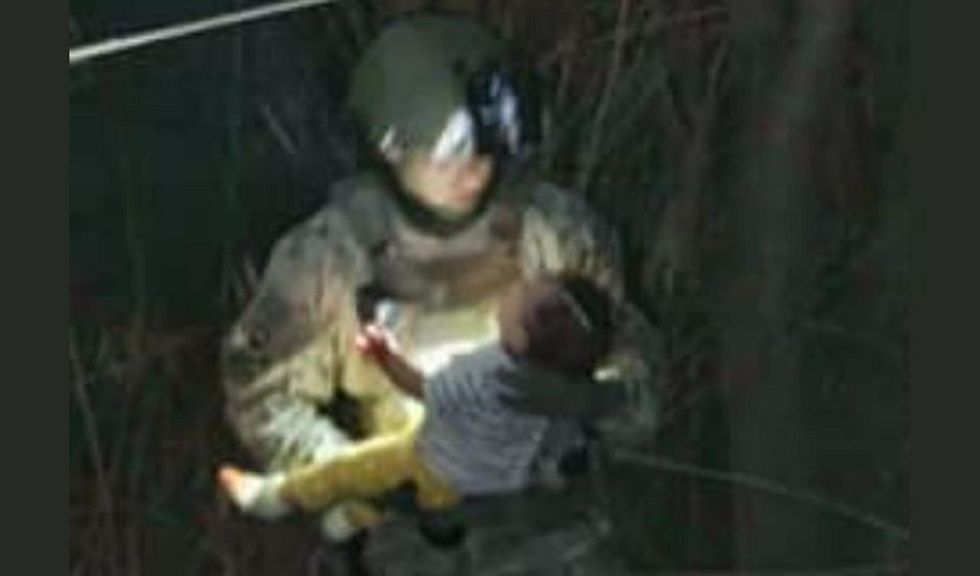 A six-month-old baby girl was saved by Texas Rangers and U.S. Border Patrol agents earlier this month, who recovered her after she was thrown from a raft by smugglers while being taken across the Rio Grande River into the U.S.

What are the details?

The Texas Department of Public Safety reported in a social media post Tuesday that Texas Rangers out of its South Texas Special Operations group assisted Border Patrol on Mar. 16 "with a 6mo female child who had been thrown out of a raft and into the Rio Grande River by smugglers."

The agency added that "the child's mother had been assaulted by smugglers in Mexico resulting in a broken leg."

KVEO-TV reported that according to Texas DPS Lt. Christopher Olivarez, "the mother and child had been waiting in Mexico since December to cross into the U.S.," and "the mother paid smugglers $3,500 to cross the Rio Grande River into the U.S."

The outlet added, "The family of two crossed the river in rafts along with 67 adults and 150 children in Roma, Texas."

The mother and child are now both in U.S. Border Patrol Custody, along with thousands of other migrants who have been coming in waves into the U.S. illegally since President Joe Biden took office.

Roughly an hour and 20 minutes from Roma is the U.S. Customs and Border Protection main detention facility for migrant children in Donna, Texas.

On Tuesday, the Biden administration allowed the Associated Press to tour the facility in Donna, and the outlet called the scene "a grim picture" due to the overcrowding and kids crammed together under foil blankets.

The AP reported that there are more than 17,000 unaccompanied migrant children in U.S. custody as of Monday, noting that Biden scrapped former President Donald Trump's policy of "expelling" them.

Biden has "tried to expel most families traveling together," the outlet noted, "but changes in Mexican law have forced agents to release many parents and children into the U.S."

Fox News reported that "the Department of Health and Human Services is currently working to open facilities in cities throughout Texas to manage the large influx of children."

Under the Texas DPS's picture of the ranger holding the baby, a woman commented, "That's my son and I am extremely proud of what he is doing. Sad the news never portrays this type of heroism they all do on the border!"