Former speaker of the House and long-time Nova Scotian MP Geoff Regan not re-offering
admin
March 31, 2021
9:11 pm
Liberal Geoff Regan, who represents Halifax West in the House of Commons and served as speaker from 2015 to 2019, has announced he will not seek re-election.In a Wednesday morning video, he said he’s ending his 24-year streak in office.“If someone had told me when I was first elected … that I would’ve served this […] 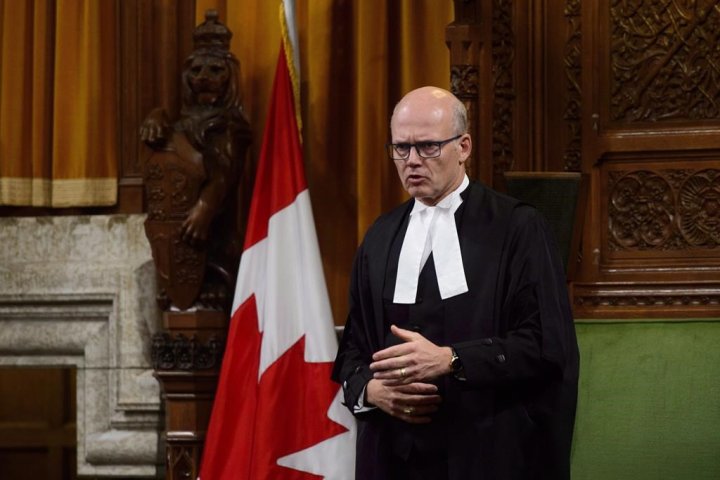 Liberal Geoff Regan, who represents Halifax West in the House of Commons and served as speaker from 2015 to 2019, has announced he will not seek re-election.

In a Wednesday morning video, he said he’s ending his 24-year streak in office.

“If someone had told me when I was first elected … that I would’ve served this long in public office, I would’ve laughed because it would’ve seemed unimaginable,” Regan said.

I would like to thank my constituents in Halifax West for their tremendous support during my lengthy political journey. https://t.co/a8naZjkjk4

“Thank you for welcoming me at your doors (and) at public events and public places,” he said.

Halifax West was a solid Conservative riding from 1979 to 1993. But it has been represented by Liberal MP Regan since then, with the exception of a three-year stint when the NDP’s Gordon Earle represented the riding from 1997 to 2000.

Regan ran in one provincial and nine federal campaigns in his career. He had organized more than 150 “Let’s talk” meetings.

In Wednesday’s announcement, Regan also thanked staff and volunteers that campaigned with him and his Liberal Party colleagues.

“I want to thank Prime Minister Justin Trudeau, with whom it’s been a great pleasure and honour to work.

“Our maternal grandfathers, Jim Sinclair and Jack Harrison, were MPs in the west together. Our fathers served together first at first ministers conferences and then in his father’s cabinet.”

He also said he is grateful to his parents for being role-models in his life.

“My late father was a towering figure in my life who forgave my failures, delighted in my success and gave me most of my dad jokes.

“My mom taught us as kids to show respect and compassion to all people. I try to follow her example.”

Regan thanked his own children for the sacrifices they made for his career, and the career of his wife, Kelly Regan, who is currently the deputy premier of Nova Scotia.

He said that he admires Kelly’s political career and that marrying her was the best decision he ever made.

“I’ve seen that life passes quickly and it’s full of interesting things to do,” he said.

“I have been fortunate in so many ways in the time I’ve had in the House of Commons in Canada.

“And I believe the time has come for me to explore other aspects of life.”

Regan said he will continue to serve Halifax West until the election is called.

|0|https://globalnews.ca/news/7730553/geoff-regan-halifax-west-not-running/|1|https://globalnews.ca/wp-content/uploads/2019/02/cpt130530914.jpg?quality=85&strip=all&w=720&h=379&crop=1|2|globalnews.ca|E|
Category : GlobalNews
PreviousLawyers call for ICC investigation into Macron over fate of French citizens in Syria
NextGeorgia’s new voting laws are all the evidence we need for federal voting rights protections